EdVestors has moved its main office to 142 Berkeley Street, Suite 410, Boston, MA 02116. For questions, please contact us at info@edvestors.org.

About / Board / Christine W. Letts

Christine W. Letts is enjoying helping nonprofits and philanthropists in the Boston area. She is retired from her position as the Rita E. Hauser Senior Lecturer in the Practice of Philanthropy and Nonprofit Leadership at Harvard Kennedy School (HKS), where she taught for 25 years. She has extensive experience in private, nonprofit, and public management. Christine joined the faculty of HKS in 1992 and was the founding Executive Director of the Hauser Center for Nonprofit Organizations (now the Hauser Institute for Civil Society at the Center for Public Leadership). From 2005-2011 she was the Senior Associate Dean for Executive Education. After graduating from Connecticut College with a degree in history, she started her career working in New York City government. After receiving her MBA from Harvard Business School in 1976, she joined Cummins Engine Company in Columbus, Indiana and spent 10 years in labor relations and manufacturing management roles, the last of which was Vice President – Columbus Plant Operations. Christine’s final job at Cummins was President of the Cummins Engine Foundation and Vice President of Corporate Responsibility. In 1988, she became the first Secretary of the Indiana Department of Transportation, and later led the Indiana Family and Social Services Administration.

Christine lives in Boston with her husband David, and frequently helps take care of her new grandson. 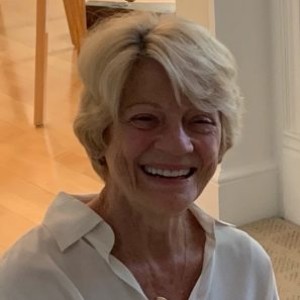