Brandon Cardet-Hernandez has devoted his career to creating the conditions that allow young people to achieve their greatness. A life-long educator, Cardet-Hernandez has worked as a community organizer, college and career counselor, and special education teacher. He is currently the Executive Director of The Ivy Street School. Through residential and day programming, Ivy Street centers learning through a therapeutic approach. In addition, through the Skills for Life division, Ivy Street works with families and school districts to help neurodiverse students strengthen the healing and skill development needed to transition into adulthood.

Previously, as a public school principal at The Urban Assembly Bronx Academy of Letters, Cardet-Hernandez led a turnaround team in a dynamic re-envisioning of school culture and instruction. Under his leadership, the school went on to hold the highest graduation rate for an unscreened school in the district and far exceeded the citywide graduation average. Additionally, he grew college readiness by double digits, bolstered teacher retention and satisfaction, and reimagined learning through a justice-focused lens. Empowered and supported, his students would also develop now-nationwide organizations advocating for school integration and sports equity.

Cardet-Hernandez has also worked as the Director of Strategic Initiatives for the NYC Department of Education, guiding strategy for the city's most struggling schools.

Most recently, Cardet-Hernandez served as the Senior Education Advisor to former New York City Mayor Bill DeBlasio. In his role, he oversaw key initiatives, including the nation's most significant expansion of early childhood education, the design and launch of a $30M citywide Restorative Justice and Social-Emotional Learning program, strategy for the 32B education budget, and the launch of the Bronx Plan-- a partnership with the United Federation of Teachers that made room for NYC's first salary differential for hard-to-staff schools. Notably, he also played a critical role in handling the COVID-19 emergency response in NYC public schools and for NYC families.

Brandon is a leader in advancing justice through education. His work has been featured in Essence Magazine, EdWeek, The Atlantic, People en Espanol, Commonwealth Magazine, and the Netflix documentary, Teach Us All. Brandon resides in Boston with his husband, Ariel, and their son, Cielo. 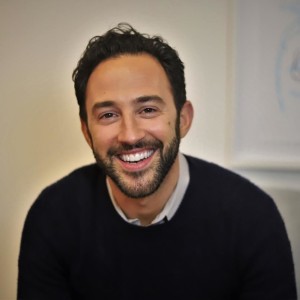