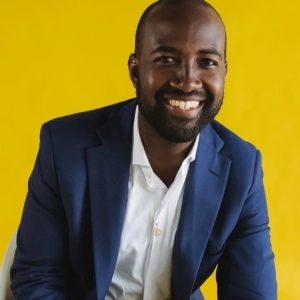 Jean-Phillip (JP) Brignol currently serves as Assistant Counsel at Federal Reserve Bank of Boston, where he assists the legal and business teams on a variety of legal, contractual, and operations matters. JP’s pursuit into law stems from his experience as an educator. After receiving his bachelor’s degree from Yale University, JP taught science at a public high school in Lawrence, Massachusetts and, while teaching, earned his Masters in Education at the Boston University School of Education. Many of his students were Dominican immigrants or children of Dominican immigrants that had to deal with legal issues ranging from immigration to education. As a child of immigrants, JP felt that he could further support English Language Learner students through a legal career. Since receiving his J.D. from Boston University School of Law, JP has served as a law clerk to the Honorable Chief Justice Rogers (Ret.) of the Connecticut Supreme Court and has spent much of his career as a litigation associate at Holland & Knight LLP law firm, before taking on his current role. His pro bono work at the firm focused on immigration and education. JP was selected to be in the Top 40 Under 40 Massachusetts list of the National Black Lawyers in 2019, and a Holland & Knight Pro Bono All Star from 2017-2019.  JP is also a board member at GLBTQ Legal Advocates & Defenders (GLAD). Katherine Gross is the Director of The Charlotte Foundation, a family foundation that provides high-performing nonprofits with strategic advice along with funding. She also works to improve the efficacy of Boston area philanthropy by serving on the Boards of the Social Innovation Forum and EdVestors. Ms. Gross began her career as a commercial banker working with small businesses in inner city communities. Subsequently she managed an investment fund focused on fostering business growth in low-income communities. Ms. Gross holds an MBA from Yale School of Management and a BA from Stanford University. 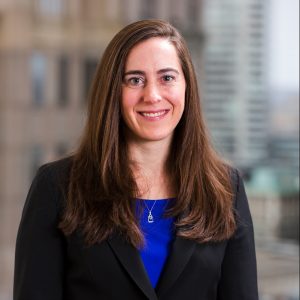 Jennifer Larson Joyce, CFA serves as Vice President and Investment Officer at Fiduciary Trust Company where she works with individuals, families and foundations on long-term investment strategies to meet their goals. Prior to Fiduciary Trust, she was a Principal, Client Advisor, and Associate Portfolio Manager at Brown Advisory where she helped foundations and endowments to develop investment policy and align investments with each organization’s goals and mission. She previously held positions at Goldman Sachs, Geneva Global, Bernstein and BlackRock. Jen received a Bachelor’s degree in economics from Cornell University and a General Course Diploma from the London School of Economics. 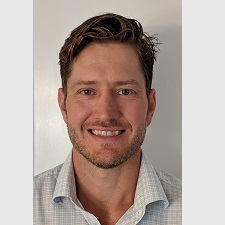 Matthew Lesniak is a Director of Finance at Wayfair. In that role he serves as the finance partner for multiple functions across supply chain, engineering, service, and sales. Throughout his career he has operated in roles at the intersection of finance, strategy, and operations. He previously held positions at Sensata Technologies, Bain Capital, and the Boston Consulting Group. Matt received a BA from Yale University and a MBA from Harvard University.

Matt is a Boston Public Schools parent and serves on the School Site Council of the Curley K-8 school. He lives in Boston with his spouse and three children. 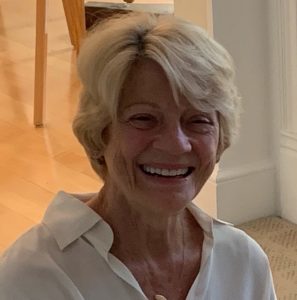 Christine W. Letts is enjoying helping nonprofits and philanthropists in the Boston area.  She is retired from her position as the Rita E. Hauser Senior Lecturer in the Practice of Philanthropy and Nonprofit Leadership at Harvard Kennedy School (HKS), where she taught for 25 years.  She has extensive experience in private, nonprofit, and public management. Christine joined the faculty of HKS in 1992 and was the founding Executive Director of the Hauser Center for Nonprofit Organizations (now the Hauser Institute for Civil Society at the Center for Public Leadership). From 2005-2011 she was the Senior Associate Dean for Executive Education. After graduating from Connecticut College with a degree in history, she started her career working in New York City government. After receiving her MBA from Harvard Business School in 1976, she joined Cummins Engine Company in Columbus, Indiana and spent 10 years in labor relations and manufacturing management roles, the last of which was Vice President – Columbus Plant Operations. Christine’s final job at Cummins was President of the Cummins Engine Foundation and Vice President of Corporate Responsibility. In 1988, she became the first Secretary of the Indiana Department of Transportation, and later led the Indiana Family and Social Services Administration.

Christine lives in Boston with her husband David, and frequently helps take care of her new grandson. 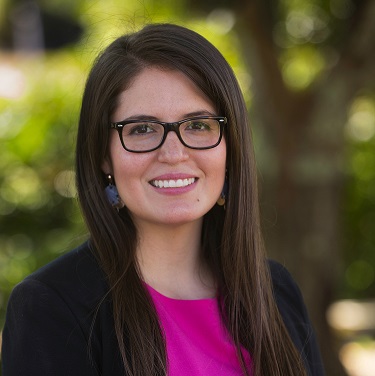 Lorena Lopera is Executive Director, Massachusetts at Latinos for Education.

Throughout her career, Lorena has dedicated over 10 years leveraging relationships to resource quality educational opportunities for youth and families. Previously, Lorena served as Director of Development at BES, a national organization focused on school leadership formation. Prior to her work with BES, Lorena worked as Chief of Staff at City Year, Miami. There she oversaw finances, personnel and operations for an organization providing academic support to over 5,000 children across Miami-Dade County Public Schools. Beforehand, Lorena worked on cultivating corporate philanthropy and individual donors with the Posse Foundation and Epiphany School. She started her career in education working as a community organizer at Sociedad Latina in Mission Hill.

Lorena graduated from Boston College with a B.A. in Hispanic Studies. She is a first-generation immigrant from Colombia who knows how much hard work, resilience, and support goes into simply finding the right opportunities for success. Through this work Lorena wants to ensure that students, educators, and families can move beyond fighting for access, and focus on creating impact. She is a proud Boston Public Schools Parent and current Co-Chair of the Hurley K-8 School Site Council. Lorena believes patience, cooperation, hard work and a passion to provide quality education for youth and families helps build strong communities and future opportunities. Lorena lives in Boston with her spouse and two children. Katherine McHugh is Executive Director of the Cabot Family Charitable Trust, a post she has held since 2008. Previously, she served as the Director of Program Development for MassINC, a statewide nonprofit research and policy organization focusing on the welfare of the state’s middle class. In addition, she brings many years of philanthropic experience from her position as Program Director and education specialist for the Jessie B. Cox Charitable Trust, a New England-wide family philanthropy, in which she served for 12 years. Ms. McHugh is trained as a lawyer and practiced for many years before turning to philanthropy in 1992. She is a trustee and vice chair of the Board of Northeastern University and received an honorary degree from the university in May of 2008. She is also a former chair of the Associated Grant Makers board, the Boston Education Funders group, and the Boston Schoolyard Funders Collaborative. She participated in the founding of EdVestors in 2001 and has been a board member since its inception, chairing the board for three years from 2010 to 2013.

Faith Parker holds a BA from Wellesley College and a Master’s in Human Services Management from the Heller School at Brandeis University. She spent 14 years managing corporate pension and executive benefit plans at area companies including Avery Dennison and BankBoston. In 2000 she retired from corporate life and co-founded the Parker Family Foundation. Ms. Parker is a member of the Board of Directors of the Massachusetts & New Hampshire Chapter of the Alzheimer’s Association and serves as Clerk. She is an Overseer and former Trustee of the DeCordova Sculpture Park and Museum, and was President of the Board there from 2010 – 2013. She served on the Board of The Actors’ Shakespeare Project from 2005 – 2014, and as President from 2005 – 2009. 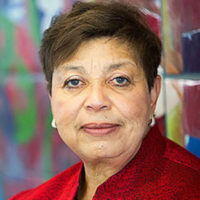 Myran Parker-Brass is a professional musician, music educator, and arts administrator, and has been working for more than 30 years providing access to quality arts education for students, teachers, families and the broader community. Myran joined the Boston Public Schools as Executive Director for the Arts in 2011 after 20 years as the Director of Education for the Boston Symphony Orchestra.  She serves on the Arts Education Advisory Council for the MA Dept of Education.