About / Board / William Schawbel

Prior to founding The Schawbel Corporation, Bill held senior management positions with The Gillette Company, including President of Gillette – Japan and President of Braun North America. His marketing and management experience includes significant contributions to many of Gillette’s divisions within the United States and internationally, with particular success in the areas of acquisitions and new business development.

Over the past thirty-five years, Bill created and sold over thirty companies covering a wide array of consumer products in personal care, housewares, hardware, food and drug, and pest control. He has built relationships with quality offshore manufacturers and, through his University of Pennsylvania and Massachusetts Institute of Technology (MIT) connections, a broad and deep network of industry experts.

Bill’s in-depth knowledge and relationships in the consumer products market allow for real-time assessment of opportunities with optimal results. His experience and knowledge base is a critical competitive factor in the success of the Schawbel consulting practice.

As a graduate of the Wharton School of the University of Pennsylvania, Bill served his alma mater as a Trustee, Chair of the Board of Overseers for the School of Veterinary Medicine, and Co-Chair of the James Brister Society (Penn’s Diversity Board).

Bill is an alumnus of the Boston Latin School, where he has served as President of the School’s Foundation and chaired its Capital Campaign Committee. His passions related to public education, diversity, and entrepreneurship have kept him involved in Junior Achievement for over fifty years, both at the local chapter level as past chair of Junior Achievement of Northern New England and internationally as a board member of Junior Achievement International. Bill was a founding member of the Center for Women & Enterprise, an organization that builds successful businesses through education and training. He was also a founding member of Edvestors, a school improvement organization that combines strategic philanthropy, education expertise, and implementation support to help schools create the conditions for school change.

In addition, Bill was a vice-chair of the Boston Museum of Science along with engineering projects for their facilities that required collaboration with global companies such as General Electric Company and Johnson Controls, Inc.

Bill served in the military as a Captain in the U.S. Army. 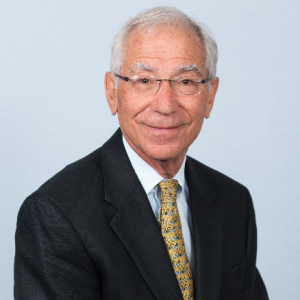